29 Oct Respiratory diseases are scary, but essential oils can help! 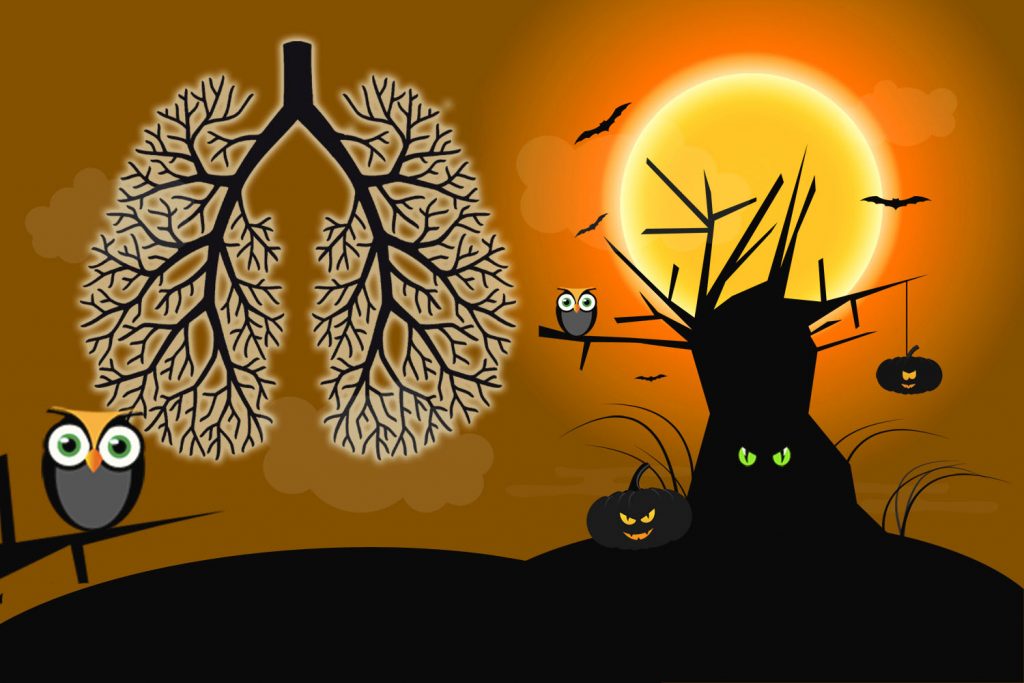 Respiratory infections are the most important group of diseases affecting poultry. They occur worldwide but especially in temperate areas during autumn and winter months.

Several pathogens may initiate respiratory diseases in poultry, including a variety of viruses, bacteria and fungi. The profitability of the farm is considerably affected, not only because mortality increases but also because productivity drops.

A QUESTION OF EVOLUTION

The avian respiratory system has a unique structure that provides the birds the most efficient respiration among all terrestrial vertebrates. It is essential to allow highly energetic activities such as flight.

Such extremely demanding activities need a fast metabolism together with a very efficient oxygen supply. Also, avian lungs need to extract a greater concentration of oxygen from inhaled air, to be able to fly at high altitudes. That’s why birds have a larger area for oxygen/carbon dioxide exchange in lungs. 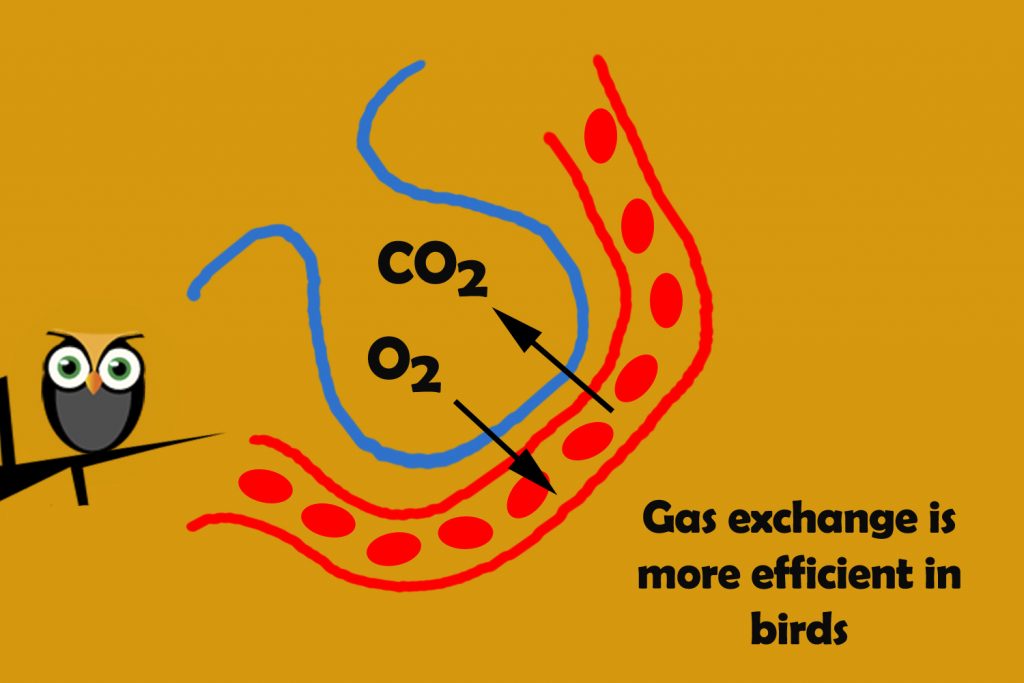 Moreover, to allow a faster oxygen exchange, the gas exchange membranes are thinner in avian lungs than in mammals. A thinner interface makes gas exchange more efficient, but at the same time it is easier for airborne pathogens to penetrate the barrier and infect the animal. 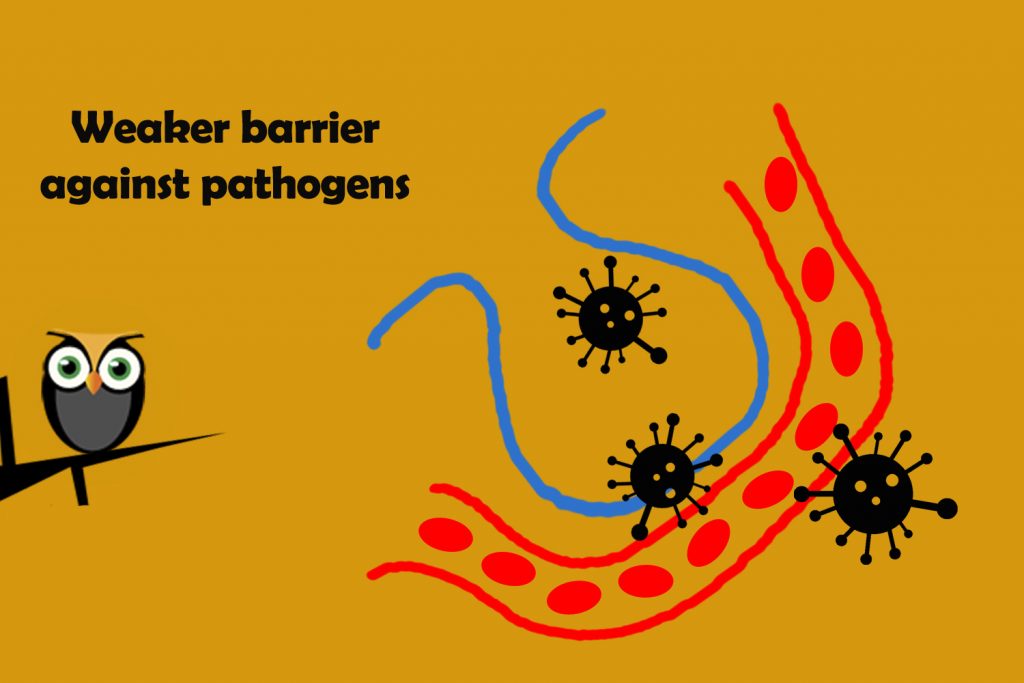 The anatomy of avian respiratory system is different from that of other vertebrates and this difference increases bird’s exposure to airborne pathogens.

In addition to lungs, birds have air sacs that permit a unidirectional flow of air through the lungs,and as a consequence a big proportion of the air moving through lungs is fresh air with a high oxygen content. 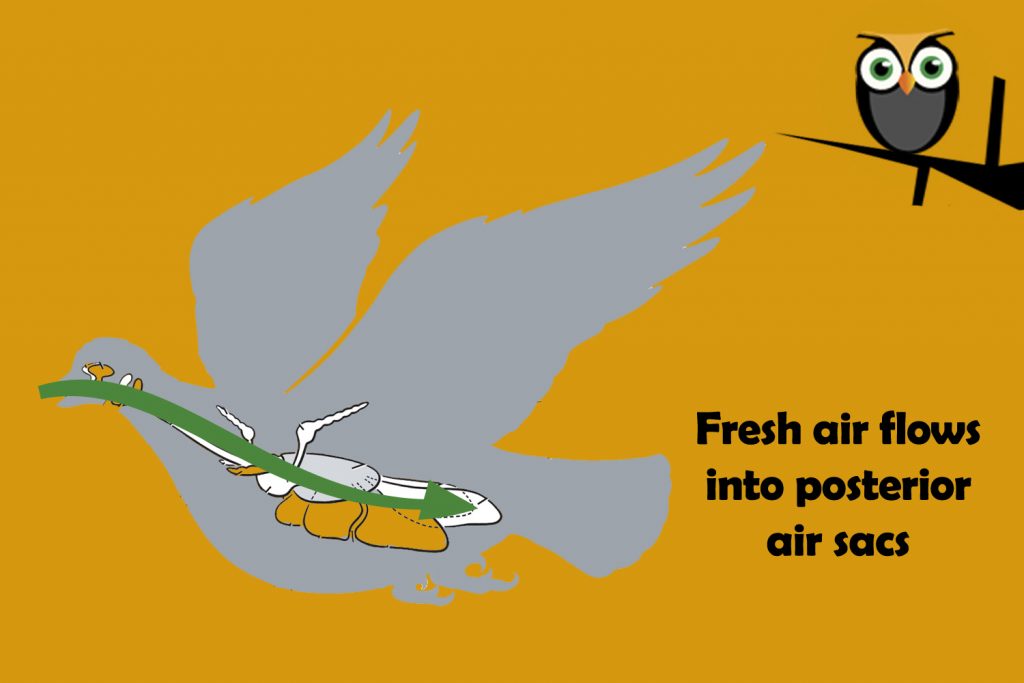 2) Respiratory epithelium of the trachea, which is covered by cilia that move in a co-ordinated way to sweep foreign particles away. Mucus, secreted by goblet cells, maintains epithelial moisture and traps particles and pathogens. If cilia are damaged, they take 7-14 days to regenerate. During regeneration time, birds are more prone to other infections.

Genetic selection of breeds used in industrial production nowadays is focused on productivity and the immune system is weaker than a few decades ago. This factor makes management and biosafety more important than ever to prevent respiratory diseases.

Sub-optimum environmental conditions, such as inadequate ventilation, (levels of dust or ammonia),  high litter moisture or concurrent disease problems predispose the birds to respiratory illnesses. To make the situation more complicated, very often a secondary bacterial infection is associated with the primary infection.

The compounds responsible for this immunostimulatory action are usually complex molecules (such as lentinan in shiitake mushroom; echinacosides in Echinacea purpurea or saponins in Yucca schidigera), but also some molecules of relatively low molecular weight , such as eucalyptol and menthol have proved to be effective immune boosters in poultry (Awaad et al 2010; . Barbour et al, 2008).

The practice in the farm and some scientific studies conducted mainly on mice (Currier et al 2003) show that it is necessary to administer the plant extract over a period ranging from a few days up to two weeks until it is possible to observe immune stimulating effects on the animals. That is why the immune boosting products in the market are better suited for prevention or to enhance the effect of vaccines than for a complementary treatment during disease.

Some European herbalists state that the immune system in healthy subjects can only be stimulated briefly before returning to its normal state. After several days without stimulation, immunostimulants can be effective again.  So, in healthy animals, it is recommended to administer this type of products discontinuously. 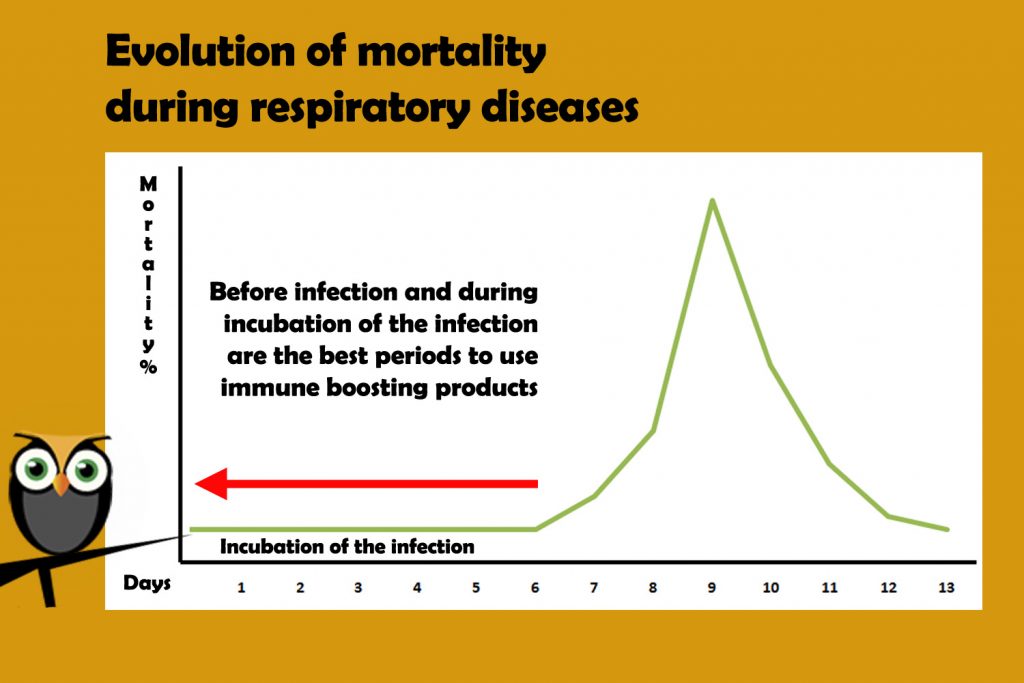 Many essential oils posess proven antiviral, antibacterial or antifungal activity in vitro and some of them are known to be effective in poultry at digestive level. But in order to use them to fight respiratory diseases, it is imperative that the essential oil arrives to the respiratory tissues, where the pathogen is located, and exerts its microbiocidal action there.

There are mainly two ways in which essential oils may arrive to respiratory system:

There are many investigations regarding the practical application of essential oils such as eucalyptus, peppermint or garlic to prevent and ameliorate diseases such as avian influenza (Gangopadhyay et al, 2012), mycoplasmosis (Barbour et al 2006), infectious bronchitis (Barbour et al 2011) and airsacculitis by E.coli (Kassab at al, 2009). 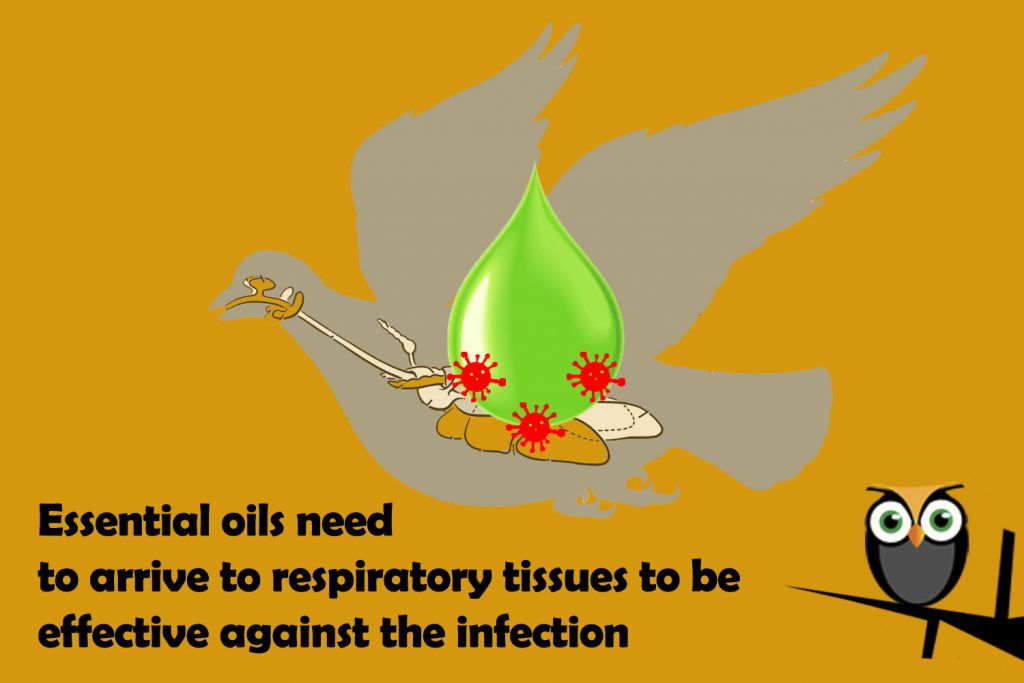 During the respiratory illnesses, the bird shows lower oxygen levels, which results in a drop of vitality and in the discomfort of the animal, that will eat and drink less.

Besides that, mucus accumulation is a risky medium for bacterial growth.

Expectorant essential oils, such as eucalyptus and peppermint but also anise or tea tree, improve animal’s welfare through several mechanisms:

How to use direct-action products successfully

Direct-action products intend to reinforce the conventional pharmacological therapy, to improve the comfort and to prevent the decline in productivity during the respiratory disease. 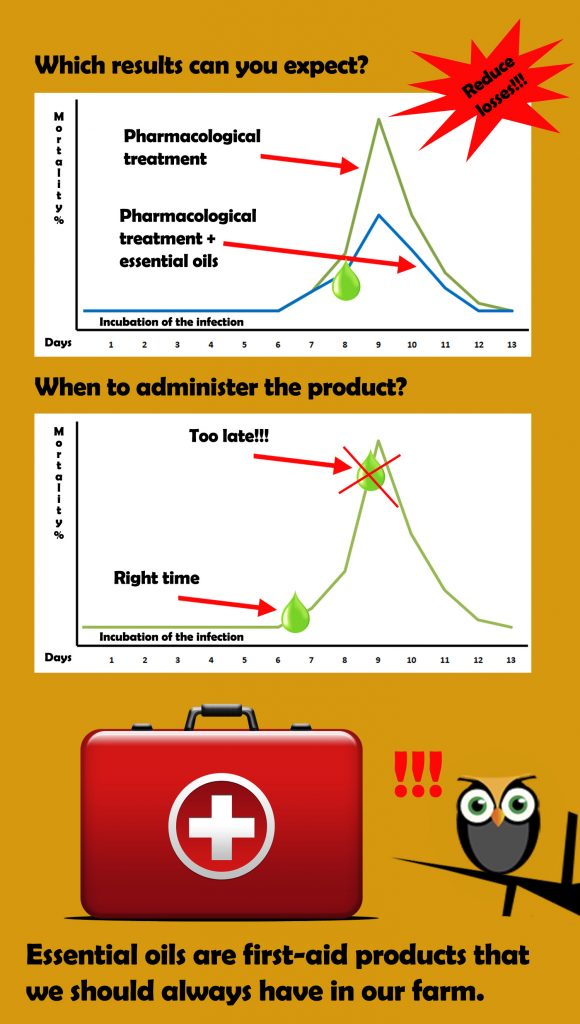 It is indicated to improve the functioning of the respiratory system and to mitigate heat stress in birds, ruminants, pigs and rabbits of all ages. It can also be nebulized in the farm environment.