Posted at 18:55h in Broilers by PlusVet Animal Health
Share 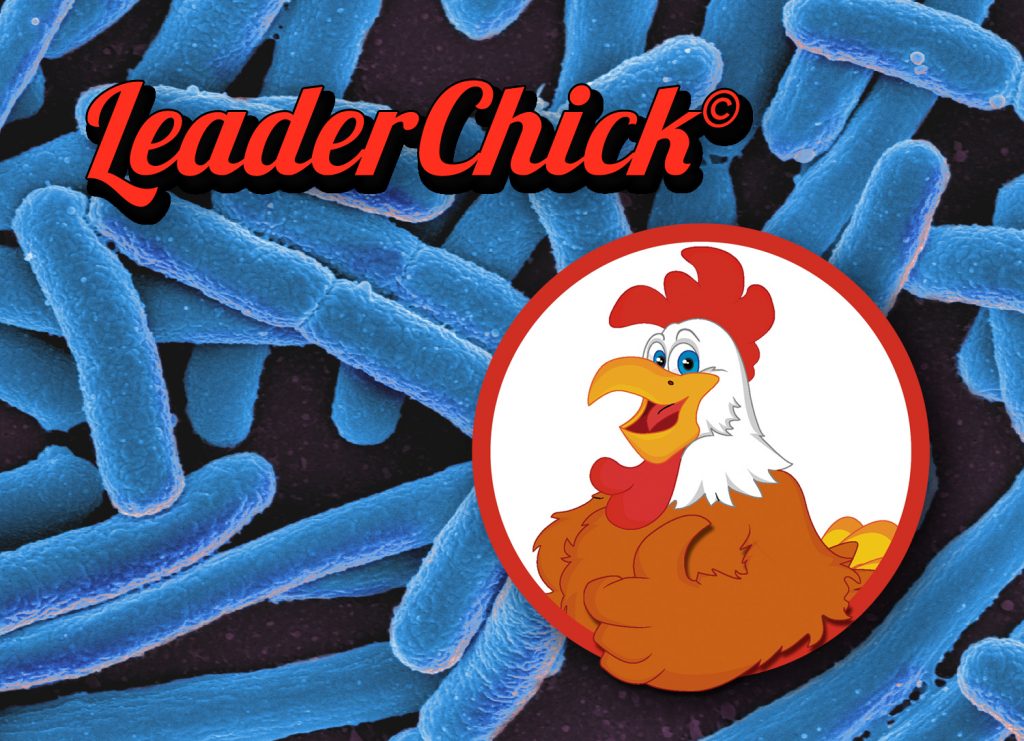 Nowadays gut microbiota is considered a key endogenous organ that is able to modulate the health of the broiler. Gut microorganisms are able to:

Moreover, pathogenic gut flora may spread in the environment of the broiler house, causing illness in other broilers and in future batches, and may contaminate the carcass during slaughter, inducing foodborne diseases.

The bacterial composition of the broiler’s intestinal tract is not static but shows temporal variations related to each individual, age of animal, environment, animal health products, antibiotic treatments and diet.  In literature, there is increasing evidence that demonstrates that phytogenics are able to boost the number of beneficial bacteria and reduce the number of potentially pathogenic bacteria.

Recently, we at PlusVet Animal Health have developed PlusGut©, a method to evaluate the impact of animal health products on gut flora.

At day 24th of age, 6 broilers of the LeaderChick© group and 6 broilers of the control group were slaughtered in our clinical analysis lab. A segment of the ileum was taken and the bacterial content of the samples was analyzed using PlusGut© method.

When analyzing the amount of pathogenic bacteria per gram of intestine, control group had an average higher number of negative bacteria than LeaderChick© group: 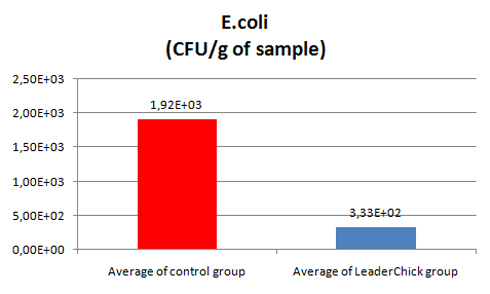 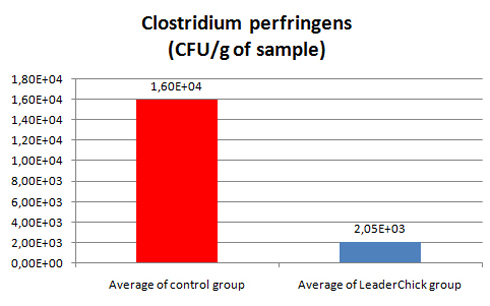 Effect of LeaderChick© on beneficial bacteria

The group treated with LeaderChick© showed an average of 672000 more Lactobacillus sp. cells per gram of sample. 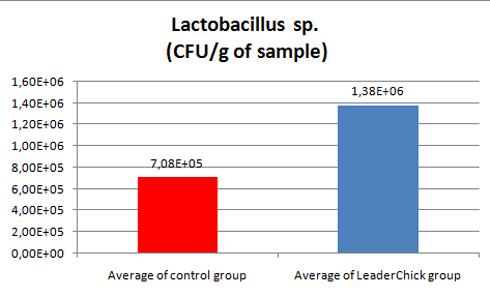 With the PlusGut© method, it was demonstrated that the LeaderChick© program was able to reduce the amount of potentially pathogenic microorganisms and boost the growth of beneficial bacteria in ileum.

Modification of the digestive flora is one of the mechanisms of action of LeaderChick© and it explains why this program has a positive impact on the health of the animals, on the productive parameters (mortality, weight at slaughter, European Index)  and on the economical output of the broiler farm.

LeaderChick© is the first world’s comprehensive program for broilers based on natural ingredients, designed to be given by drinking water. Among others, includes the productsPlusProtect Digestive© and PlusBreathe©.

LeaderChick©, a program based on natural products to enhance broiler productivity

It is indicated to improve the functioning of the respiratory system and to mitigate heat stress in birds, ruminants, pigs and rabbits of all ages. It can also be nebulized in the farm environment.

PlusProtect Digestive© is intended for digestive health in birds and rabbits of all ages. It is formulated with synergistic ingredients:

PlusProtect Digestive© is useful to improve gut health in the following cases: